Buy/Sell or Refinance your Quota License

Less time in the governmental agencies = more time to focus on your business. Let us handle the acquisition of the most important asset of your new business.... The liquor license!!! Call today to speak with a consultant!!! 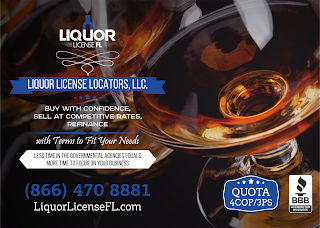 Posted by Liquor License Locators FL at 6:33 AM No comments:

Allow us to streamline your food and beverage licensing in Florida. Licensing for bars, clubs, restaurants and liquor stores. Statewide! Conveniently located across the street from Division of Alcohol and Tobacco. 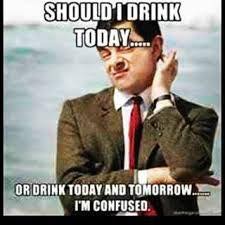 Don't Cut Corners, Get it done right, the first time

Allow us to lend a helping hand with your alcoholic beverage licensing. Call today to find out how to get your bar, club, restaurant or liquor store licensed. 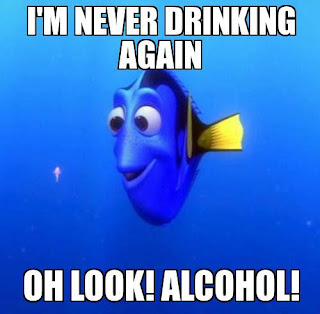 Posted by Liquor License Locators FL at 9:50 AM No comments:

Looking to add spirits to your location?

Upgrade to full spirits to maximize your earning potential. Call one of our specialists today to find out how we can assist you!! 239-205-4770 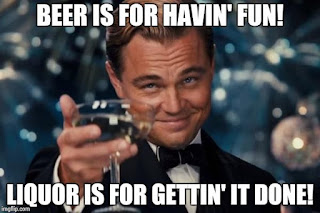 Posted by Liquor License Locators FL at 8:30 AM No comments:

We currently have a Lee County 4COP/3PS Quota License available for immediate sale. License is clean and ready to go! For more info please call direct 239-205-4770.
Posted by Liquor License Locators FL at 2:52 PM No comments:

State just says ‘no’ to booze from vending machines


State regulators this week rejected a request to install high-tech beer and wine vending machines in South Florida, a proposal opposed by lawmakers and industry groups.
A Miami-Dade company had sought an OK from the Division of Alcoholic Beverages and Tobacco (ABT) to offer what it calls “self-checkout micro marts” with wine and beer.

The day after Christmas, however, ABT director Thomas Philpot in part said the “unmanned, albeit remotely monitored, sale of alcohol from vending machines would contemplate a sale in a manner not permitted by the (state’s) Beverage Law.”
His administrative filing added: “To find otherwise, the Division would be substituting its judgment for that of the Legislature, and the Division is unable to effectuate such a statewide shift in policy….”
The Beer Industry of Florida, the Florida Beer Wholesalers Association, and the Florida Independent Spirits Association opposed a request from La Galere Markets of Coral Gables to declare the machines legal under existing law and regulations.
La Galere intended to place the micro marts “in residential condominium developments in several Florida locations,” its original filing said. The machines would also sell food, including sandwiches and snacks, but the company does not have a liquor license.
Condo residents would have had to go through “checkpoints” to get to the machines, including building security, and use their fingerprints to buy any alcoholic beverage. Scanned prints would have been in a “pre-approved” database, and the machines would have been monitored at all times by surveillance cameras.
“A determination that sales of alcoholic beverages may be made by a vendor completely in the absence of any (on-site) human supervision is the type of decision that should be made by the Legislature, not by the Division,” the beer concerns said in their own filing.
La Galere countered that the state already allows mini-bars in hotel rooms, “which have no employee supervision and generally lack anything other than superficial age verification.”
Philpot’s ruling can be appealed to the District Court of Appeal within 30 days.

Jim Rosica
Jim Rosica covers state government from Tallahassee for Florida Politics. He previously was the Tampa Tribune’s statehouse reporter. Before that, he covered three legislative sessions in Florida for The Associated Press. Jim graduated from law school in 2009 after spending nearly a decade covering courts for the Tallahassee Democrat, including reporting on the 2000 presidential recount. He can be reached at jim@floridapolitics.com.
Posted by Liquor License Locators FL at 9:33 AM 1 comment: