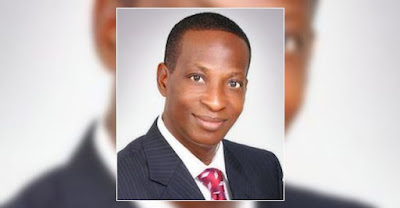 On top of that, the North Miami Beach Commissioner is also in legal trouble for an alleged attempt to steal thousands of public dollars which was intended for  an after-school program that did not exist.

Pierre is charged with single counts of bribery, unlawful compensation, an organized scheme to defraud, and grand theft along with seven counts of money laundering. He was suspended from office by Florida Governor Rick Scott with an executive order that prohibits him from receiving a city paycheck or benefits.

"Thank you so much. That will not be forgotten," Pierre reportedly wrote.

Investigators have evidence that Tyler and Pierre also met at the strip club to discuss the deal. Tyler needed Pierre to change his mind about allowing him to get a license to keep the strip club open until 6 a.m.

Pierre's attorney responded to the allegations quickly, saying his client was innocent and that he'd like to speak with Tyler to gain insight into the claims that Pierre solicited money for votes.

"Commissioner Pierre asserts the has done nothing wrong," Kuene said. "He's always acted in the public interest and we will investigate the allegations."

Investigators accuse Pierre of asking Tyler to donate $9,865 to Community Hope for Children and Families in Need, a non-for-profit owned by Jacquelin Alexis, who also owns Psychoed & Consultation Services. Alexis is accused of giving $5,250 to Pierre.


Alexis also solicited $5,000 from the city for an after-school tutoring program that investigators say doesn't exist. After the city issued $2,000 from Pierre's discretionary fund with the commission to Community Hope for Children and Families in Need, investigators say Alexis paid Pierre $2,905.

"This program was used, it was used, as a means of laundering additional money that was provided to commissioner Pierre," Fernandez-Rundle said.

Investigators say Pierre knew he was involved in bribery, unlawful compensation, and an organized scheme to defraud when he accepted four checks from Tyler and three checks from Alexis. Officers also arrested Alexis on one count of grand theft.

Miami-Dade county Judge Renata S. Francis cleared the way for Pierre to post 435,000 bond. His attorney first had to prove the money being used was clean.

Cassariano Italian Eatery owners, Luca Cassani and Antonio Pariano, announce plans to open a sister restaurant near The Mall at University Then Center at 243 North Cattlemen Road in late September. A blend of bistro flavors and fine cuisine will be the main features their authentic contemporary dishes. 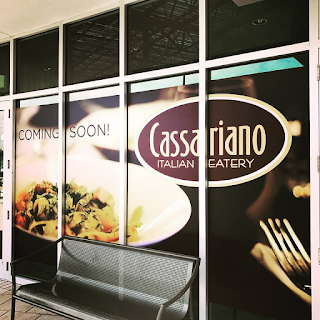 Reported by the Herald Tribune, the new facility will have 220 seats inside and out in a "cozy yet classy" setting. Patrons should expect warm lighting, Italian pictures, and copper accents in the bar area that provides a full offering of beer, wines, and cocktails.

If you are interested in improving sales at your restaurant/establishment by serving alcohol, please contact us at Liquor License FL. We have the tools and resources to get you set up efficiently with a liquor license. Contact us today!

The heavily-frequented downtown pizza parlor is known for it's good eats, but also tight space. The long standing Downtown House of Pizza plans to double in size this fall.

"The goal is to give people more space to dine," says owner Jason Kohn. "we're also adding a second oven, that's a huge component of this." 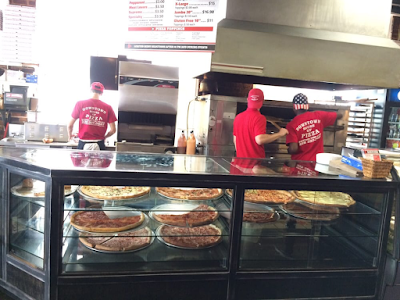 Kohn wants to debut the expanded property in September or October, depending on permits and construction speed. They plan to remain open during most of the renovation, but will have to close for a few days when the kitchen is expanded.

The most notable news is the addition of craft beer. "We're going to put in a craft beer bar for customers to enjoy. That'll be kind of in the middle between the new dining room and the current location," Kohn said. "We want to be more accessible all-around."

Kohn opened Downtown House of Pizza in August 2005. Sold as whole pies or by the slice, the restaurant is known for its scratch-made, hand-tossed, New York-style pizzas.

Kohn states that the small restaurant can turn out close to 1,000 pizzas on busy days. With a second oven and expanded area, the business will be able to improve on their previous success.

"This has been a long time coming," he said. "We've needed this."

The News-Press
Posted by Liquor License Locators FL at 10:29 AM 1 comment:

Lee and Collier County wine lovers have some new additions to make to their favorite restaurant list. The New-Press reports on Wine Spectator Magazine's winners of the Restaurant Awards. This annual competition honors restaurants with the best wine lists, internationally.

Twenty six restaurants in Lee and Collier Counties (18 in Naples) earned recognition. That's an outstanding accomplishment considering more than 3,700 dining destinations in the U.S. and more than 75 countries made the list of winners.

Naples Bleu Provence earns the Grand Award for the fourth consecutive year in a row. This select distinction (only belongs to 91 restaurants worldwide) honors the best wine programs including top producers, harmony with the menu, and superior presentation.

The French and Mediterranean restaurant opened near downtown Naples in the year 1999 by Jacques and Lysielle Cariot.

"We are thrilled to be included in this select group," Bleu Provence states via news release. "Celebrating our fourteenth year of being recognized and awarded by Wine Spectator is something we once dreamed of."

More: Search all of the 2018 Restaurant Award winners

Hilda Maria Bacardi, whose family owns the Bacardi Rum franchise, sold her Coral Gables mansion Thursday for $19 million. That figure is $8 million less than it was first asking, according to listing records.
The great, great granddaughter of Bacardi Rum founder, Facundo Bacardí Massó, listed the property in 2016 for $27 million and then re-listed it for $25 million in 2017.
Ms. Bacardi, 49, purchased the property in 1994 for $3.9 million, according to property records. 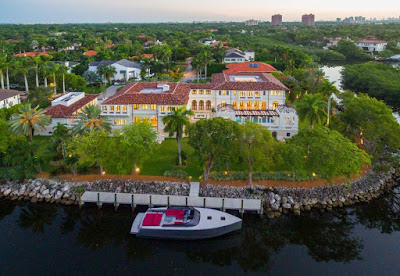 After an eight-year renovation was completed in 2016, the property was expanded into a 12-bedroom, 14-bath mansion. Miami-based architecture firm Portuondo Perotti designed the estate. They incorporated Honduran mahogany doors and handmade copper exterior lighting.
The “Casa Costanera,” located on 300 Costanera Road is a Mediterranean-style estate boasting over 20,000 square feet of livable space. Located in the southeast corner of the exclusive Cocoplum Island in South Coral Gables, it is situated on a 1.3-acre plot of land and backs up to the canals of Lago Maggiore connecting to the Biscayne Bay. With 480 feet of water frontage, the property borders a stone pier on its southern end, just past the property’s multi-lane lap pool.
Barbara Estela and Hilda Jacobson of Douglas Elliman Real Estate, the listing agents associated with the property, declined to comment.
Mansion Global
Posted by Liquor License Locators FL at 5:10 PM 1 comment: